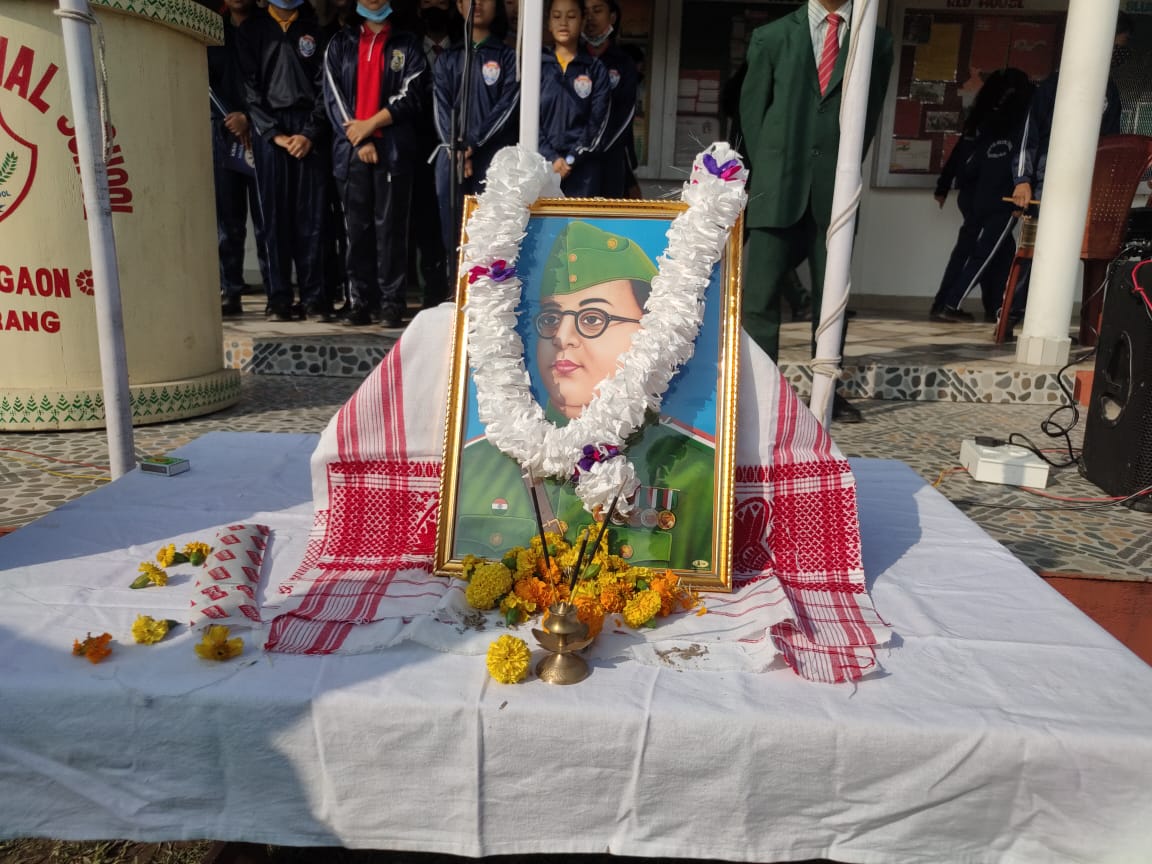 Like every year, this year too Gurukul National School celebrated 72nd Republic Day at its school premises with great zeal and enthusiasm. The students and staff took pride in glorifying and celebrating the spirit of unity. The programme begun at 09:00 am. The chief guest for the day was Mrs. Jharna Barman, Joint Managing Trustee of Gurukul Educational Foundation and Mr. Bhrigu Mani Roy, the esteemed guardian was the Guest of Honour. The Guests, Principal, teachers and staff were welcomed by the house captains and they presided to the flag hoisting ceremony where our chief guest hoisted the National Flag and pledged to uphold the honour and integrity of the country.

The parade commander gave Guard of Honour to the chief guest madam escorted by our Principal Sir, Mr Bijit Nath followed by the March past performed by our school’s four Houses marching team lead by house captains.

The students and teachers brought the stage alive with their colourful cultural items which include Patriotic songs(Solo/Group), Patriotic dance (Solo/Group), Poem Recitation and Speeches. Kids fashion show at the end was the attraction of the day’s event. The programme ended with a friendly cricket match, musical chair competition and refreshment distribution.

There is no related posts.